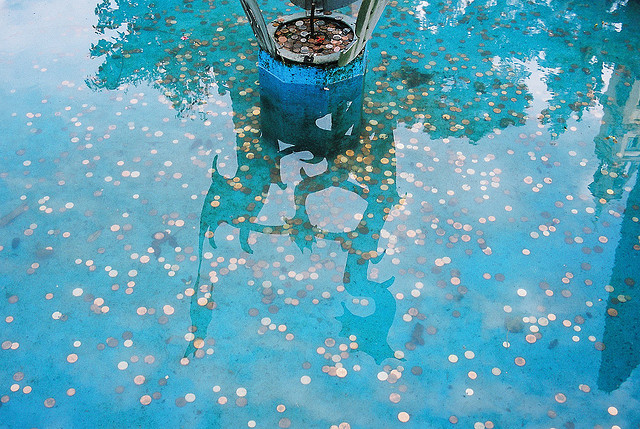 Last fall I had to put together a list of poets who I thought might be willing to say some nice things about my book when it entered the world. I was counseled to ask people I knew, as well as people I didn’t know but whose work I admire. The first bit was easy enough, but the second felt profoundly weird, as I’m guessing it does for anyone who has gone through this process.

Because there’s so much guessing involved, right? I can tell you whose poems speak to me, but who knows if that appreciation is a two-way circuit? And though I knew the names I had put on my list, I also knew they wouldn’t necessarily translate into endorsements.

It felt a little like throwing a handful of shiny pennies into a fountain and making a wish.

That’s the thing about a bunch of pennies, though. Throw enough into the fountain and suddenly your inbox dings with a blurb by a poet whose own poems leave you–I mean they leave me–breathless and reaching every time.

I’m beyond thrilled and so grateful to Lee Ann Roripaugh, for blessing Beautiful Nerve!

You can read the blurb here, and then you should immediately go read some of her tsunami poems at diode. They’re stunning.